Spending a vacation in North India has been an immense want of travel enthusiasts across the globe! There are many states and union territories lying in North India like Jammu & Kashmir, Delhi, Punjab, Himachal Pradesh, Rajasthan, Chandigarh, Uttarakhand, and Uttar Pradesh. Every place in Northern India has something special to speak about itself, its culture, ethnicity, and diversity.  If you are yearning to get set go on a journey to North India, then the best way is to pick up the most suitable North India tour package from Swan Tours. In this package, you get everything from sightseeing, transfers, accommodation, security and food exploration followed by much more.

When you think about North India, many things come into your mind that you must focus on. There are multiple cities in North India from Jammu & Kashmir, Rajasthan, Chandigarh, Punjab, Uttarakhand, Himachal Pradesh, Delhi, and Uttar Pradesh. From mystic monuments, and rich cultural heritage coming from the Mughal era, to the sumptuous foods to explore and the alluring natural landscapes and hill stations all reside in the Northern part of the country. Whether you want to go out on a pilgrimage tour, watch out for the best romantic place to travel with your spouse or go out for a solo trip to the meadows and valleys, North India gets you covered with all that you need. But all this comes into possibilities, when you treat yourself to a wonderful North India Tour Package.

Which are the most popular places in North India?

Crowned as the capital city of the country, it becomes the center of attraction for every person in and outside the country. It is the most spoken of, for its cultural diversity, customs and rituals, myths and monuments, the feel of food and the shopping havens. Not only is Delhi the busiest, populated and full of life, but it holds significance in the history of India to a large extent. There are a large number of places that you must not miss out while visiting Delhi:

There are many other sightseeing places to explore in Delhi like the Bangla Sahib Gurudwara, Jama Masjid, Akshardham temple, National Zoological Park, and many shopping hubs like the Connaught Place, Karol Bagh, Sarojini Nagar and so on.

Dharamsala, Kasol, Spiti Valley, and many other places are there that make its visitors spellbound.

Punjab is a state that borders Pakistan! With its majority population belonging to Sikhism, it has the holiest Gurudwara (Golden Temple) in Amritsar. There are numerous popular places to explore in Punjab like Amritsar, Ludhiana, Jalandhar,  and so on.

Other popular places in Punjab include Bhatinda, Pathankot, Patiala, Jalandhar, Ludhiana and so on.

It is the Northernmost state of India which has been a point of dispute since times immemorial in the countries of India and Pakistan. This place consists of numerous places that make you spellbound!

Things to do in North India

Food has been always an integral part and participle of North India which has mesmerized not only its local people but its visitors coming from far away places. From vegetarian food to non-vegetarian foods, North Indian cuisines are rich in spices and have a string taste that lingers in your mouth for long.

The above-mentioned food variations are known to be the utmost exquisite cuisines of all the states of North India which are relished by the tourists. 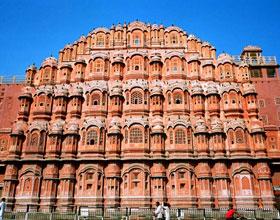 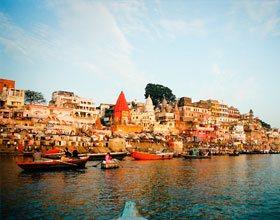 How will you reach North India?

The North India Tour Packages never let you down, for they include the complete booking and facilitations that define your travel and transfer from one place to another without any complaints or disappointment.

All the places or states in North India are connected easily from all the major cities in India. It is your choice of transportation that decides your connectivity to the place you are likely to visit.

There are a plethora of travel opportunities from railways, roadways to airways that can allow you to commute to the places of North India.

Why Should You Select North India Tour Package from Swan Tours?

There is not one reason why Swan Tours is better than any other travel agency operating. With clarity in communication and cordial relations maintained with the clients, Swan Tours allows brilliant tour packages at the rates that the clients are comfortable with, without daunting on them. Other than that, the representative of Swan Tours educate you about the place look after the accommodation, transfer from one place to another for sightseeing ventures, pick and drop at the airport or station, and also take care of the facilitation in all the places that the trip or vacation covers.

Things to do in North India