A multiple of faiths exist side-by-side in India, shaping the country's heritage, its life, culture, traditions and mythology four of the world's major faiths meet on the Indian soil: Hinduism, Buddhism, Islam and Christianity. The first two were born in India. Jainism, Sikhism and countless minor cults and regional sects arose. India has also given refuge to Jews and Zoroastrians. On Swan Tours, you'll find India pilgrimage packages covering almost all the pilgrimage places in India. With around 44+ India pilgrimage tour packages, we can happily say that you will certainly locate the very best offers to explore all the pilgrimage tourist places in India.

India is a vibrant nation with combination of different religion of faith. India is the birthplace of numerous religions and those religious beliefs are extensively spread out all round the globe. There is a smell of practice in the soil and also the scent of religions airborne of India. Here is list of India pilgrimage tour tips below:-

India holds many old as well as modern-day religious areas and there are several cities dotted with numerous spiritual buildings. Here is list of pilgrimage tourist places in India below:-

The personality and teachings of the Buddha illuminated the lives and thoughts of millions in Asia it was in India that the light, was first kindled. The Buddha was born in India. And he lived and died there. His teachings, were imparted in the context of his Indian heitage. A thousand years after his death, he was accepted as an incarnation of Visnu, one of the three highest gods in the Hindu pantheon. Buddhism remained an Indian religion for many centuries before it became a pan-Asian one.

About the same time as the Buddha was preaching his dharma, and in the same region, another religious tradition was being established. Vardhamana, better known by his title Mahavira (Great Hero) was an elder contemporary of the Buddha. The two teachers had much in common: both were Kshatriyas of royal descent but renounced the worldly life; both rejected caste bathers and questioned the sacredness of the Vedas. Mahavira's fame has been eclipsed by the Buddha's; Jainism, the religion preached by Mahavira, counts more than 3 million adherents in India today, whereas the Buddha's faith has almost twice as many.

The theme of self-conquest, common to many religions, is supremely important to the Jains. The very word Jain is derived from jina (conqueror). Carrying the idea of self-conquest to its extreme, Jainism has become the world's most rigorously ascetic faith. God has little or no place in this system. The popular gods of Hinduism are accepted, but they at placed lower than the jinas, who are regarded as the true focus of deviton.

Mahavira, through usually accepted as the balmier of the faith in the contest of history. is said to be the last of a line of 24 jinas. All of them are said to have attained perfect wisdom (Kaivalya), through different penances, to vanquish desire and break their bomb with the material world. The jinas are also known as Tirthankaras (crossing-makers). The crossing refers to the passage from the material to the spiritual realm, from bondage to freedom.

Arab traders came to India as early as the 7th century. After that, Muslim invaders made sporadic raids into India from time to time until, at the end of the 12th century. The first Muslim kingdom was established at Delhi. The Muslims gradually extended their rule eastwards and southwards. The Mughal Empire was founded by Babur in 1506. One of the greatest Mughal emperors was Akbar (1556-1605), whose policy of religious tolerance bought Hindus and Muslims together.

In its first phase, Islamic rule in India was aggressive. But the mystics of Islam, known as Sufis, played an important part in spreading the message of universal love. This message was conveyed most effectively by the classical Persian poets, particularly by Rumi, who expressed the spirit of Sufism through beautiful symbols and images. Persian, not Arabic, was the court language during Muslim rule.

This process of bringing Hinduism and Islam close to each other was continued by Kabir and Nanak. Born into a Brahman family, Kabir was brought up by Muslim foster-parents. He was a disciple of Ramananda, a famous Hindu saint, but he was also deeply influenced by Sufism and used Sufi terminology in many of his poems. Inspired by Kabir, Guru Nanak (1469-1539) founded the Sikh religion with the avowed purpose of synthesizing Hinduism and Islam. Islam's spirit of brotherhood helped in loosening the rigidity of the caste system.

Nanak came from the Punjab, a region where Hindus and Muslims had come in closer con tact than in any other pan of India. A Hindu by birth and training, Nanak was attracted from his childhood towards Hindu as well as Muslim saints and poets. He visited the sacred places of Hinduism and also made the pilgrimage to makka. He saw the essential teaching of both religions as being the same. Nanak began to preach his message of unity. He attracted many followers and soon came together, and a new religious tradition was born. The term Sikh is derived from the Sanskrit shishya (disciple).

Angad, who succeeded Nanak as the Guru of the Sikhs, started compiling the master's writings. He also introduced a script that was already being used by some Punjabis. He called it Gurmukhi and made it the official script of the Sikhs. Guru Arjun, the fifth in succession, started building the temple at Amritsar that later became the holiest of Sikh shrines. Arjun also systematised the collection of sacred hymns and poems by Nanak, Kabir and other saints. This collection became the holy scripture of the Sikhs. It is known as Adi Granth (The First Book), or Granth Sahib (Book of the Lord).

Christians and Jews in India

According to a strong tradition prevalent in the South, Christianity in India is as old as Saint Thomas, one of the apostles of Jesus Christ. The saint is said to have spent a few years near Chennai and to have died there. Other legends describe Saint Bartholomew as the first Christian missionary in India. Latin historians in the Middle Ages made frequent references to Christian settlements in India. However, Christian missionary activity from the West began with the arrival of Saint Francis Xavier in 1542.

His tomb in Goa is still visited by thousands of Catholics every year.

Saint Francis Xavier was succeeded by Portuguese missionaries. Some of them visited Akbar's court, and even entertained the hope of converting the emperor. Other Catholic countries soon began to send missionaries to India. In the 18th century, Protestant missionaries, especially from Denmark, Holland and Germany, started their work in India.

The British conquest naturally gave the Anglican Church an advantage over others. William Carey and Alexander Duff played key roles in establishing Christianity. Carey founded the Seminary at Serampore. Alexander Duff came to India in 1830 and continued Carey's work. Throughout the 19th century, Catholic as well as Protestant missionaries, besides preaching Christian doctrines, made contributions to education and scholarship.

India has two ancient indigenous Jewish communities: the Malayalam-speaking Cochinis and the Marathi-speaking Bene Israel (children of Israel). Today, migration to Israel, England, the United States and Canada, has reduced the Indian Jewish population to 5,000.

Vaishno Devi, Jammu and Kashmir - This pilgrimage tour center is located in Trikuta hills that is 13 km away from Katra that take you to the holy cave temple of Mata Vaishnodevi, where you can count on spirituality and the natural landscape.

Sabarimala, Kerala - This pilgrimage travel center is located in Kerala that is considered as the second largest in the world after Hajj Pilgrimage of Mecca in Saudi Arabia, which you will love to visit.

Varanasi, Uttar Pradesh - Varanasi is one of the best pilgrimage sites where you come across many pilgrimage sites like, Kashi Vishwanath temple, Dashashwamedh Ghat, Sankat Mochan Hanuman Temple, and many spiritual temples.

Ajmer Sharif, Ajmer - Dargah Sharif is one of the holiest places of worship for muslims that is counted as one of the best sought pilgrimage spots in India that has many followers of every faith.

Haridwar, India - This is counted as one of the most spiritual places that is known to be the abode of Lord Vishnu in the Garhwal region of Uttarakhand. Millions of people flock here every year where the evening aarti at Har ki Pauri and you can also take a dip in the mighty holy waters of the Ganga that is known to wash away all the sins.

Kumbh Mela, Allahabad - Allahabad is popular for the sangam or meet of the mighty Ganga, the Yamuna, and the Saraswati. On the banks of the river, you get to attend the Maha Kumbh Mela that explicitly oozes heritage, history and the culture of the country. 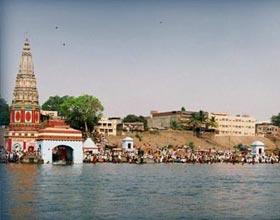 Q. Which is the holy place in India?

India is home to many religious places that include many sites namely, Haridwar, Kumbh mela, Meenakshi Temple and Char Dham yatra.

Q. Which are the best holy places in Hinduism?

Some of the best holy places of Hinduism namely, Sapta Puri which include cities like Ayodhya, Mathura, Haridwar, Varanasi, Kanchipuram, Dvaraka and Ujjain.

Q. Which city is popular for temples?

The city which has the best temples are Kaal Bhairav Temple, one of the oldest Shiva Temples in Varanasi in Rajasthan and Varanasi.

Q. Which God has the maximum temples in India?

One of the most famous Saraswati Temples in India is at the temple town of Shingeri in Karnataka.

What to do during Pilgrimage Tour in India

India is a multi-religious country. Numerous religions that have actually grown here in perfect harmony since ages remain to amaze the sightseer. Whether it is the Buddhist pilgrimage or the Hindu temple tour, the 'dargahs' and also medieval mosques or the ancient churches that are housed here; Pilgrimage tours in India offers travelers a lot of options to explore.

Whether looking for personal revival or just historical knowledge, pilgrimages tours in India spiritual sites give opportunities to experience the development of spirituality. Most of the world's biggest religions all have manifestation in India, and pilgrimage tour packages give you a range of economical options to experience them.

This is where Swan Tours is available in useful. Swan Tours give you India Pilgrimage tour packages itinerary that concern a particular divine being, faith, geographical location, mythological event and more. Do you wish to enjoy an expedition of simply Lord Shiva temples? Do you intend to stick to Buddhism? No matter what style of pilgrimage you are searching for, we have lot of India pilgrimage packages for you.

For more information on pilgrimage tours in India, contact Swan Tours at www.swantour.com, one of the leading travel agents in India.