Bangalore is one of the most modern cities in the country, also known as the Garden City and India's Silicon Valley with Karnataka as the capital city. The technological advancement and the pleasant climate adheres to the utmost population migrating here every year for spending a vacation. If you are one of the eager person's to start your trip to Bangalore, then fetch one of the best Bangalore Tour Packages made available by Swan Tours.

Places to Visit in Bangalore

Bangalore is one of the largest cities in the country that is blessed not only with nightlife, but historical ensembles, preferable food and stay also make it an alluring location for a vacation.

Some of the major destinations worth visiting are:

ISKCON Temple: ISKCON temple is scattered across many places in India, and the one in Bangalore is located on the Hare Krishna Hill in Jayanagar, in the honor of Lord Krishna. It is known to be one of the top pilgrimage sites in Bangalore.

Visweswaraiah Industrial & Technological Museum: This technological museum is located on the Kasturba road at a distance of 5 km from the Bangalore Railway Station, in the surroundings of the Cubbon Park. It is known to be one of the best science museums in India that can entertain the children.

Tipu Sultan's Palace: The Tipu's Summer Palace holds huge historical importance as one of the popular Islamic buildings. This palace was used as a summer retreat by the Sultan who had named it as the Rash-e-Jannat.

Vidhan Soudha: Located at a distance of 3.5 km from the city center, Vidhan Soudha that is the State Legislature building takes pride on Dr. Ambedkar road at the Northern end of the Cubbon Park, forming a reputed political ensemble of huge importance.

Cubbon Park: The Cubbon Park is popularly known as Sri Chamarajendra Park which is located at the heart of the city. It got its name from Sir Mark Cubbon, which has now grabbed importance for families and other tourists under the control of the Department of Horticulture.

Other major tourist attractions include:

Which is the Favorable time to travel to Bangalore?

Bangalore is a moderate place when it comes to weather conditions. It welcomes tourists at every season of the year, for it has a pleasant and moderate climate.

Winters vary from 12 to 29 degrees from the month of November to February where one will find a good crowd, making it the best time to visit for the cold is not harsh.

On the other hand, summer seasons are warm with a variation from 20-38 degrees, not imposing the tourists to scorching heat of the sun.

Monsoons start from June and continue till September which is another suitable time for your travel to the place if you love rainfalls.

How to Reach Bangalore Conveniently?

If you are willing to travel to Bangalore for your next vacation getaway, then you can either choose airways or railways if you are thinking of traveling from a major distance and if you are trying to reach the place from the near locations, then roadways is a suitable option.

If you are traveling by flight, then you will be landing at the Kempe Gowda International Airport which is known to be India's busiest and modern airport connecting all the major cities of India to Bangalore.

While you choose to reach Bangalore via train, you will be addressed to two rail terminals, one is the Bangalore City and the second is the Yeshwantpur Junction, from where you can take a conveyance to reach the destined place.

Buses operate from all the major towns like Chennai, Hyderabad, Goa and Mumbai to travel to Bangalore.

Foods and Places to Explore in Bangalore:

Mangalore Buns: These buns are sweet and fluffy with a soft texture, served with coconut chutney and sambhar.

Dal Obattu: It is another relishing delicacy of Kannad style which is also called Bobbatlu or Puran Poli made of Rava, flour, toor dal and jaggery.

The Southern Delights include Idli, Vada, Dosa, Sambhar and Coconut chutney combined by uttapam, upma and what not.

Bhaji and filter kaapi: Bhaji generally means fritters which are made of veggies.

Gobi Manchurians, kebabs and rolls are other relishing dishes.

If you want to rely upon the most trusted travel company accompanying you to the vacation to Bangalore, then make sure that you book one Bangalore Tour Package from Swan Tours. This is because Swan Tours has been serving its travel enthusiasts since 1995, both national and international. From the start of the arrival to the departure for back home, you get covered by all the facilitations that make your experience at Bangalore the best! 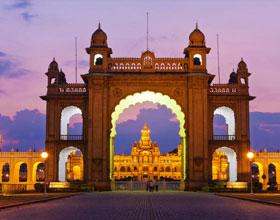 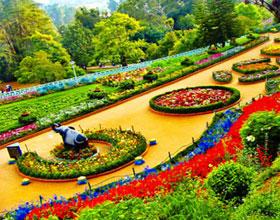