Archery holds utter importance in Bhutan, as it is the national sport of the country. Bhutan is simply for the cultural heritage, and also the richness in sports and adventures. Archery is thus, known as Da in Dzongkha in the local language of the country that has imminent players across the country and also has propagated to many other countries.

The tourists visiting Bhutan can come across archery and get trained well in the same where you can come across the sport that had been established and enforced in the year 1971. The archery as a sport is so pervasive in Bhutan, that you will be witnessing bows and arrows in the historical paintings and wall carvings! There are some rules and regulations that act important while playing the game. The target is placed 100-145 m away from the shooter and the most interesting part of the game is that there is a great difference between the target and the shooter. The equipment, namely the bows and arrows are made out of bamboo which are thus, sharpened through edges by skilled craftsmen. Archery acts as a matter of pride for all the local citizens, irrespective of their age and background.

About the relevance of the sport

The sport requires a lot of patience and the traditional equipment makes the sport worthwhile. There are basically two teams in every match that is performed, each having their own supporters who motivate them throughout the tournament. Uniforms are mandatory during the match that are either red in color or orange with an aim to hit the arrow at the central circle and the bird's eye, then the same person gets 3 points for the same. The opponent team continues to engage in techniques to make the other team feel low in confidence. The most attractive thing about this aport is that no festivals or events commence without holding a match of archery in all the places, including villages. From small plays to the representation in Olympics, it has got the attention of all the people at once. Despite being the National Sport of the country, not a single medal has Bhutan won in this sport in the Olympics. It requires a lot of determination, confidence, patience, and intrigue to learn more every day. The role of men and women remains equal in the tournaments held for archery as women without participating in its support of the respective team members whom they support. This, in turn, elevates the confidence of the players who put in more effort to rise up and win.

If you are eager to visit Bhutan and explore this sport, then choose any month from March to May or September to November when you can best enjoy sightseeing, transfers from place to place and also participate in archery tournaments when the climate is favorable that is spring, slight summer and autumn seasons with pleasurable weather conditions.

If you are in the mood to get adventurous Bhutan Tours while discovering the unrivaled natural beauty, Bhutan is the place to be. 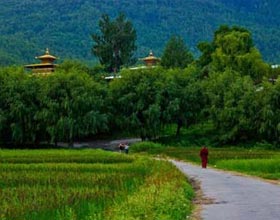 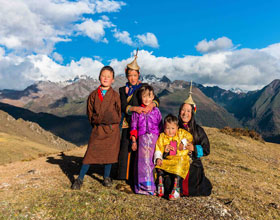