For South Indian Travellers, Who want to Discover North India capital city, Delhi tour packages from Chennai comes as a First Choice, It covers complete Delhi. Delhi is the location where old history and modernity collaborates. Delhi is not only the place which attracts you but also Delhi fastens your heartbeat to Delhi.

Delhi has finished its 100 years as serving as the capital of Country. Delhi is an area where people become modern rapidly. There are lots of places in Delhi which attracts tourist as well as shows the ancient history of Delhi. Delhi offers a different kind of traveler spots in Old Delhi and New Delhi.

Day 01 - Chennai to Delhi via Flight

Travel begins with Chennai Airport to Delhi by flight. On arrival at Delhi airport terminal or train station, our agent will meet you and transfer to hotel. Rest of the day is at your leisure. Stay overnight at the hotel in Delhi.

New Delhi: Designed and also built by the British in the 1920's it's a city of broad boulevards excellent government buildings, Eco-friendly parks and gardens.

After morning breakfast continue for complete day sightseeing tour of Delhi. You will visit old Delhi city tour. Let Explore the capital city of the nation. Allow the center of political activity fascinate you with its areas of vacationer interest like provided listed below discover Delhi with us. First, you will see Red Fort in the morning. Red Fort is also known to as Lal Kila (Hindi word) it was made by great Mughal Emperor Shah Jahan in 17 century, where each year Independence ceremony happens. It was made by huge Redstone.

Jama Masjid: In the west of Red Fort there is a special place for adorers called Jama Masjid. The unique thing about Jama Masjid is 25000 worshipers can prayer in it at one time. It was also made by Shah Jahan.

Gurudwara Sis Ganj (Sikh Temple): Situated in Chandni Chowk location, it is among the oldest as well as most iconic Sikh temples in Delhi. Learn more about Sikhism and see the communal kitchen where any person is allowed to eat totally free.

By evening go back to your hotel for an overnight stay in Delhi.

After morning breakfast proceed for the New Delhi sightseeing tour. Start exploring out the India Gate where you have the chance to see the sacrifice of Indian Army for the country. India Gate is a memorial monument which reveals the bravery of Indian Military Soldiers in the First World War.

Rashtrapati Bhawan: After traveling through India Gate go through the President House near the India Gate. It is also known as Rashtrapati Bhawan and officially it is the home place of Indian President. Inside there is a Mughal Gardens. It stays open for just one month and visitors are allowed to see the garden.

Akshardham Temple: Third you will visit Akshardham Temple which shows the old art, culture, and architecture of India. This Temple is dedicated to Bhagwan Swami Narayan. In the evening a musical fountain shows the circle of Birth, life and also death according to Indian Philosophy.

Qutub Minar: There are 5 stories in Qutub Minar; it was made by the very first Muslim leader of Delhi. Qutub Minar is also a sign of victory. There are also some other monuments close-by Qutub Minar with each other people called them Qutub Complex.

Lotus Temple: Lotus Temple is just one of the most visitors going to areas and a famous tourist attraction in Delhi. The shape of the temple is Lotus Flower and also is a Baha'i house of worship as well as a common icon to Hinduism, Buddhism, Jainism, Christianity as well as Islam. All faiths people come here to pray in the praying hall that will offer you peace as well as tranquility.

Humayun's Tomb: Humayun's Tomb place was built after Humayun's death after 9 years by his widow wife Hamida Banu Begam in between the year 1569 -70 A.D. All monuments in New Delhi open after sunrise as well as before sunset. After that, we will proceed to Birla Mandir.

Birla Mandir: Lastly you will see Birla Mandir also known to as Laxmi Narayan Temple. This Temple was made in 1939 by sh. J.K. Birla. This temple is also a major tourist destination in Delhi.

By evening go back to your hotel for an overnight stay in Delhi.

Day 04 - Delhi to Chennai by Flight

After breakfast check out from the hotel. Today you will be transferred to Delhi airport to take a flight to Chennai for your forward journey. 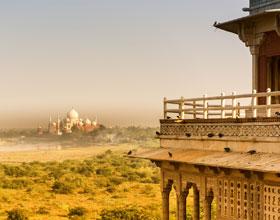 Why Delhi Tour Packages is Famous in Chennai Travelers?

First of all, it is must visit for Chennai people to get knowledgeable about modern Indian Democracy Capital New Delhi, the cultural heritage of Mughal in Old Delhi. It is a great history along with educational tour also. This tour discovers Old and also New Delhi, Chandni Chowk, Red Fort, Qutub Minar, New Delhi Parliament Location, Humayun's Fort, India Gate, Jantar Mantar, etc., which will provide you a remarkable experience for a lifetime. In this package, we also suggested some South India food restaurant in Delhi. You can enjoy with your friends and family when you go with this outstanding and also full of enjoyment package.

01. Samridhi, Kerala House: Famous for its delicious beef fry, Samridhi is a place for meat lovers. At this thatched roofing canteen, you can bite right into spicy as well as poignant Keralan meals like pachadis, and also moilees.

04. Tamil Nadu Bhavan, Chanakyapuri: For those who have a fondness towards eating home-style Tamilian Food, it is advisable to check out Tamil Nadu Bhawan Canteen once. The food here packs a punch - with delicious Mutton Fry, peppery Chicken Chettinad, and also huge sections of local vegetables in the thali.

05. Andhra Bhavan Canteen, Feroz Shah Road: For days when you want something affordable, quick and satisfying swing by the Andhra Bhawan Canteen as well as eat like a king in under Rs 200. They have fixed breakfast menu that is available only from 8 am to 10:30 am.

06. Sagar Ratna, Connaught Place: This old favorite still holds its charm. It has earned its track record as one of the most popular South Indian restaurants in the country. Come right here to study Udupi standards. From their crisp Paper Dosas to fiery Podi Idlis, every little thing on the menu is praiseworthy.

07. Sarvana Bhavan, Connaught Place: Saravana Bhawan is where the menu is extremely elaborate. It prepares at 8 A.M. every morning to serve you some plume light appams as well as wholesome Pongal for breakfast.

Why Book Delhi Tour Packages from Chennai by Swan Tours?

We take care of almost all the important facets of travel in our tour packages. So by booking a Delhi tour packages from Chennai by Swan Tours you can be sure of having a satisfying traveling experience with no stress of making arrangements or going over the budget.

All our packages have been valued at reasonable prices that make them easily accessible to everybody. As well as if in case you have any type of specific demand, you can inform our travel executives who in turn create an exclusive tour package for Delhi which is as per your preferences and budget limit. With us by your side, you can travel in the exact manner of travel that you like.