Get out to the Golden Triangle exploration for your next vacation that lands you at the three beautiful places that include Jaipur- The Pink City, Delhi- the National Capital and also Agra- that is home to the Taj Mahal. You will witness the best art and architecture, the awesome culinary, and also the best shopping ventures in all the three places.

If you want to get covered with the best customized packages for Golden Triangle, then Swan Tours is readily offering what you want for your next extraordinary vacation.

Decide the time within any months from October to March that is the winter season where you get to explore the best of sightseeing ventures, and transfers from place to place without obstruction, good food and also a lot of thrilling activities. Take a flight or train from any of the major cities that makes it easy for you to commute to the Golden Triangle locations. When you have the guidance of an expert tour navigator, you get an idea of everything you witness for the first time.

Once you arrive in Delhi, get received by the representative of Swan Tours who further drop you to the hotel. Once you reach the hotel, you will check-in and rest for the day. After the same, you can spend the evening out in the local markets and undergo shopping for souvenirs. Later, return to the hotel and stay overnight.

Eat breakfast in the morning and set out on a journey to the sightseeing places in Delhi. Pay your visit to the Raj Ghat, Red Fort as well as the Jama Masjid, followed by Chandni Chowk, Qutub Minar, India Gate and the Rastrapathi Bhawan, Lotus Temple, Laxmi Narayan Temple and the Akshardham temple that looks beautiful with the light show in the evening. In the evening, you can return to the hotel after spending the day out!

Soon after your breakfast, you will be transferred to Jaipur after your check-out from Delhi. Cover Fatehpur Sikri midway for it is known to be one of the best implications of the Mughal times. Upon your arrival at the Pink city you will be surrounded by the royal ensemble and fortifications holding historical emphasis. Check-in the hotel and stay overnight!

Wake up early and have breakfast, post which you will go out on a guided tour to Agra from Jaipur after check-out. En-route cover the most famous pilgrimage places of India that is Mathura and Vrindavan that hold the shrines of Lord Krishna in a plethora of temples namely, Madan Mohan Mandir, Gopi Nath Temple, Vishram Ghat, Glass Temple and many others. Upon your arrival in Agra, you will check-in the hotel and later go out to visit the Agra Fort and the Taj Mahal that Shah Jahan had built for his beloved wife Mumtaz Mahal. Later, return to the hotel after watching the sunset and stay overnight!

Eat the morning breakfast, proceed to the check-out from the hotel and depart to Delhi from where you will be catching the flight home. This brings an end to the Kolkata to India Golden Triangle Tour Package. For more information on golden triangle tour packages contact Swan Tours or call 011 23415601. 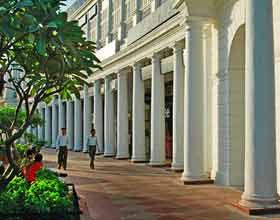 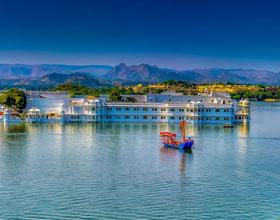 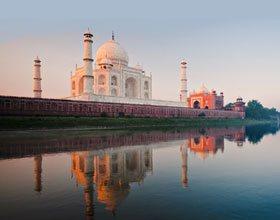 Delhi - Delhi is the national capital and is classified into New Delhi and Old Delhi out of which the latter is known to reflect the most crowded places like Chandni Chowk. When you are off to sightseeing and transfers, you will get to explore a lot of beautiful places like, Red Fort or Lal Qila, Jama Masjid, the largest mosque in India, Raj Ghat, the cremation site of Mahatma Gandhi, Qutab Minar complex, Lodhi Gardens, Humayun’s Tomb and last but not the least the India Gate which is the sole symbol of feeling your presence in Delhi. Catch the most affordable and exciting shopping hubs in Chandni Chowk and also the scrumptious food in Karim's, Paranthe waali gali and so on.

Agra- the city of Taj Mahal - Taj Mahal incepted in the city of Agra which was built by Shah Jahan for his beloved wife Mumtaz Mahal and is the utter symbol of love apart from being one of the UNESCO World Heritage sites and also one of the seven marvels in the country of India. You will love to explore the lovely Mughal Architecture of Akbar in the Agra Fort that is another remarkable place to visit. You can spend some time by watching the sunset when you go at Taj Mahal and shop for souvenirs.

Jaipur - Jaipur is the popular city of Rajasthan that is also known as the Pink City which is very famous for its monuments, food, shopping hubs and mausoleums. In this desert region of India, you get to experience the richest cuisines, the royal heritage, and also the mighty tradition of Rajputs that is still kept alive. Count on the Amber fort, Nahargarh Fort, Shri Jagatshironmani temple, City Palace, Jantar Mantar, Hawa Mahal  and so on to spend quality time in this place.