Bhutan » Top 15 Things you Must Know before travelling to Bhutan

Top 15 Things you Must Know before travelling to Bhutan

Top 15 Things you Must Know before Traveling to Bhutan

Bhutan in the recent times has gone immensely popular with both the indian and Foreign travellers , There are variety of travel experiences such as adventure , spiritual , culinary,etc  which can be explored and the most popular travel itinerary is the Thimphu Paro Tour . Swan Tours organises Bhutan honeymoon packages from Delhi  , These packages have one all inclusive cost , including return air tickets , accommodation with breakfast and dinner , transfers ,sightseeing , tour guide services and a lot more, Find below is the list of top 15 things you must know before travelling to Bhutan. 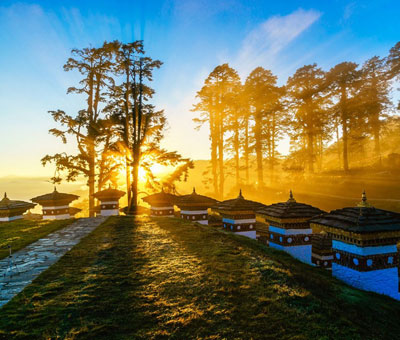 Until recent years, towns were almost unknown and even today many people Live in small rural settlements and grow crops and breed animals. The Bhutanese people fall in three broad ethnic groups The Sharchhops believed to have been the earliest inhabitants , the Ngalons, decendants of Tibetan immigrants who came to the country perhaps during the 8th century onwards ; and the Nepalese who began to settle in the south towards the end of the last century. The official language is called DZONGKHA which is similar to Tibetan particularly the scripts which have been derived from the same source “Lentsa” of Deva Nagar’ Nepali is also spot ken particularly in southern Bhutan and English has since 60s been the medium of instructions in all schools and institutions There are several dialects which are still being used in the rural areas. Entry is affected mostly by the overland route one of the ways is by air from Calcutta to Bagdogra which is about 10 kms away from Siliguri (a town in North Bengal). Siliguri is also connected by train from Calcutta.

From Siliguri there are two daily Royal Government of Bhutan transport bus services to the Bhutanese border town of Phuntsholing covering a distance of about 150 kms in three hours time. There is also a deluxe-bus-service between Bagdogra (Airport) and Phuntsholing specially catering for the passengers arriving by Indian Airlines.

From Phuntsholing it almost takes 5′,’ hours (179 kms) to get to Thimphu or Paro. How To Reach Bhutan

From February 1933, Druk-Air services have been introduced between Calcutta and Paro (Bhutan). The Dornier 228 takes 172 hours flying time between Calcutta and Paro. No Transit Permit needs to be applied for the passengers travelling by Druk-Air, unless they intend to return or visit Bhutan one-way over-land through the Indian territories via Jalpaiguri and Siliguri.

The other entry point by over-land through adjacent Indian border towns are via Gauhati (Assam) to Samdrup Jongkhar (border town in eastern Bhutan) or via Kokrajar (Assam) to Gaylegphug or Sarbhang (border towns) in southern Bhutan. Travelers through these points have to obtain a valid Transit or Restricted Area Permits of the Government of India for enabling them to pass through the restricted areas of India contiguous to Bhutan. Applications for visa should be made at least a month in advance for individual tourists intending to fly by Druk-Air from Calcutta and for Transit Permits two to three months in advance for those groups intending to visit by road through the Indian borders.Indian Travellers do not need a visa , for identification to the immigration authorities a valid passport or an Election ID is a must. All non-diplomatic passport holders have to pay a visa fee .

Foreign Travellers arriving in Bhutan should be in possession of a valid certificate of inoculation against small pox, cholera and yellow fever (if arriving from infected areas) as Bhutan is free from these diseases. The Government provides free medical service to all Bhutanese and adequate medical facilities are  available in all towns and civil administrative centres There is no private practitioners in Bhutan Indigenous (Drungtso) herbal medication is also available. Most common patent drugs are dispensed by pharmacists or drug stores in most towns. Ours is a decimal currency. One Ngultrum (NU) is made of 100 Chhetrums (CH). The notes and coins carry their respective values in figures on both sides.The Bhutanese and Indian currency hold the same value vis-s-vis the US Dollar. All hard currency or Travellers Cheques can be exchanged at the Bank of Bhutan counter or at other branch offices from 8 a m. to 12 noon (Monday through Saturday) except on holidays. Exchange facility also exists in all four Government hotels, viz. Kharbandi Hotel (Phuntsholing). Olathang Hotel (Paro), Motithang Hotel and Bhutan Hotel (Thimphu). It is prohibited to bring into Bhutan unlicensed firearms, any dangerous weapons, goods subject to quarantine, indecent or ob-scene works or articles. No antiques of any kind may be exported. Also restricted is the export of rare religious objects, manuscripts, images and any old Thankas and anthropological materials.

Communication is easy as most people working at the hotels and in most towns understand English. Most sign boards are in English. Beyond hotels and towns, your guide will always be happy to help you. Weather conditions are ideal for visiting Bhutan in all seasons, but winter is cold which runs from December through February. It is the best season for visiting the Manas Game Santuary. Summer temperatures in Thimphu range from about 8’C (46’F) to 20°C (68’F). Temperature in the south are tropical in the high monsoon rainfall. Rainfall in the higher central region is not so heavy. The days are clear and warm with cool nights.

What to wear in Bhutan

During most of the year light woolens with wind breakers are sufficient for day wear, with warmer attires necessary in the evenings. Heavy woolen clothing or purkhas/down jackets are required during the winter months plus adequate headgear and warm hand-gloves to protect against the icy winter wind. All places of interest are now accessible by various means of transport. The Department of Tourism is well equipped for all kinds of transport needs and maintains a fleet of European, Indian and Japanese made vehicles to horses and yak rides. All main towns are linked by comfortable bus services. Buses run on several major roads and four-wheel drive; on some smaller side roads or newly paved Shunglam (highway). Privately hired vehicles are also available including taxis. Those who are in package programme need not worry for the transport, as the Tourism Department meets all the requirements.

For more information on Bhutan tour packages contact Swan Tours one of the leading travel agents in India.