In my last couple of visits to Bhutan , I could not manage to go upto the top of the Tiger Nest Monastery or the Taktsang Monastery in Paro as my stay base was Thimphu ( Two hours away from Paro ) , During the recent visit ito Bhutan got an opportunity to stay in Paro and decided to hike unto the monastery. 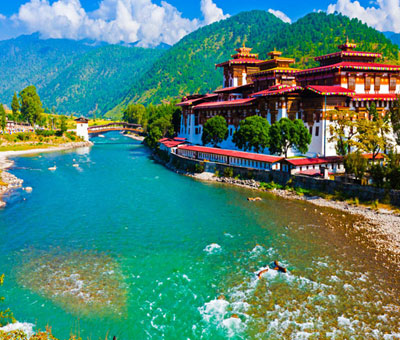 A comfortable hike unto the monastery and back takes upto 8 to 9 hours and this hike is not recommended if you are a senior citizen or have any health issues The Taktsang Monastery is located on a hill top , 10 kilometres outside the Paro town , It is advisable that the excursion starts early morning ,Some important tips for this excursion are: 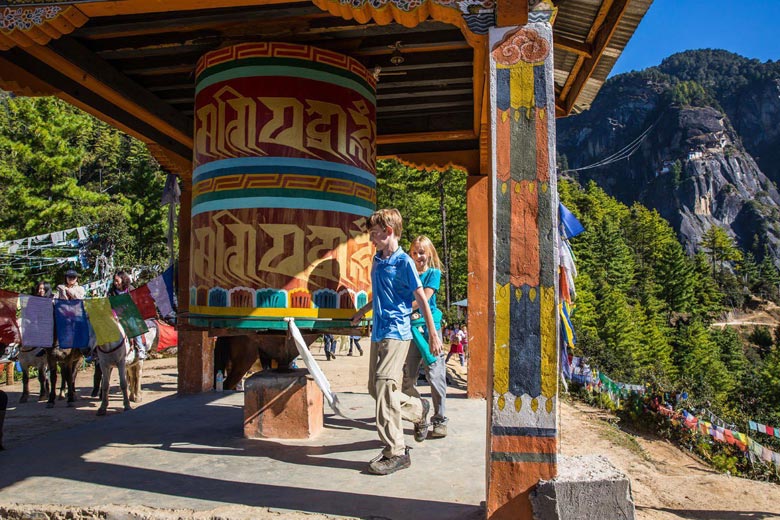 Taktsang Monastery is Nestled in the sheer cliffs above the valley at 2,700 ft rests Taktsang Lhakhang, ” Tiger’s Nest,” one of the most sacred pilgrimage sites of the Himalayan kingdom. The monastery gets its name from one of the many legends tied to it. According to this legend, in the 8th century Guru Rimpoche flew across the mountains on the back of a tigress, and relics of this sacred beast are held in a chorten inside the monastery.

Taktsang was built in 1648 around a cave where Guru Rimpoche is said to have meditated for three months. Here, according to another legend, Guru Rimpoche, in his wrathful form of Dorje Droloe, conquered evil demons. Later, Guru Rimpoche converted the inhabitants of Paro Valley to Buddhism. He eventually returned to Tibet in order to convey the religious teachings of the Kagye cycle to his disciples. One of Guru Rimpoche’s disciples, Langchen Pelki Singye, also came to the holy site of Taktsang to meditate. Although Langchen died in Nepal, his body was brought back to Taktsang, and his relics are sealed in another chorten, deep within the cliffs.

Within the sacred walls of the complex are smaller temples—including one from which lamas are said to hurl vajras, thunderbolts, at malevolent forces—which surround the main shrine. Jutting from a rock above Taktsang, and built in harmony with the natural features of its precarious location, is the Zangto Petri, Temple of Heaven, a 300-year-old spiritual retreat.

In April 1998, a fire destroyed Taktsang’s medieval wall paintings and all the inner temples. However, the pelphug, or the holy cave in which Guru Rimpoche meditated, was found unharmed and in good condition. You can still see most of the building’s structure, although the inner walls are gone.

The best views of Taktsang are from the restaurant, located on a ridge directly across from the monastery. You can get a closer view by ascending a steep trail for another hour. This takes you to the same level as the monastery, where the views are astounding. It looks as if Taktsang is rising from the cliffs. Due to the sanctity of the certain areas in the site, There areas are not open to visitors.